Mortgages: The devil's in the detail 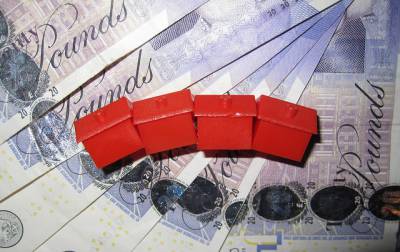 It's probably fair to say that many of us all skim over the small print and skip the terms and conditions now and again - but by ignoring what we might think of as relatively unimportant detail, we could potentially end up saddling ourselves with bigger bills.

Recent research from Which suggests that just one in 100 people were able to understand complex mortgage deals sufficiently well to rank five offers accurately according to the cost over two years  yet half of the 1,000 homebuyers questioned thought the test was easy.

The problem seems to be that people are failing to look beyond the headline APR figure to less obvious charges, such as set-up fees  and that means they don't realise how much they really have to pay.

Another study showed that more than two-thirds of households were overcharged on at least one utility bill last year and a third were overcharged more than once. The average cost was nearly £200 and it typically took almost two months to get it back.

Know How Much You're Spending

The first step to getting on top of your finances is to work out how much you are spending and become aware of the incoming and outgoing transactions on your bank account or credit card. Money Dashboard's free budget software allows you to see at a glance where you're money is being spent so you know where you are overspending. After that it's a case of sticking to a budget and saving money wherever you can. If you're able to make any savings you can pay more towards your mortgage so you'll have less interest to pay and savings in the long run.

and the small print that can save you money

Checking your credit report may not be at the top of your list of recreational pastimes but it could end up saving you money. Your credit report lists the credit you've had, including loans, mobile phone accounts and your mortgage, plus the repayments you've made. Lenders use information from your credit report to calculate your credit score, which they may use to assess the chances that you'll be a responsible borrower. So it pays to make sure everything is accurate and up to date, as even a minor mistake means you could end up missing out on the best deals. You can see your Experian credit report with a 30-day trial of CreditExpert.Trial available to new members only. Monthly fee applies after 30-day trial ends. Trial period starts on registration  further ID verification may be required to access full service, which may take up to five days.If you have a legitimate reason for missed or late payments, it's a good idea to add a note of explanation, as these hang around on your credit report for at least six years. Another small but potentially important detail is to make sure you are registered to vote at your current address, as this helps prove your credit worthiness  your credit report will tell you, if you're unsure whether or not you are.